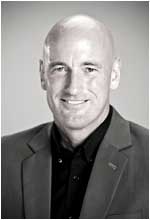 Jerrold Kippen has extensive experience assisting clients with their corporate/commercial, real estate, and dispute resolution matters in Thailand since 2003. He is licensed to practice law by and a member of the California State Bar and he is a Fellow of the Chartered Institute of Arbitrators (FCIArb) and the Vice President of the Chartered Institute of Arbitrators-Thailand Branch (2016-2018). He earned a BA (Hons) in Philosophy from the California State University, USA and his JD (Hons) of Law from the University of California, Hastings College of the Law (2001). He was then selected by the Chief Judge of the United States Federal District Court of Guam to serve a two-year term as his “at-elbow” law clerk from 2001-2003. After his clerkship Jerrold moved Thailand and began his career there in 2003. He co-founded DUENSING KIPPEN, LTD in 2010.