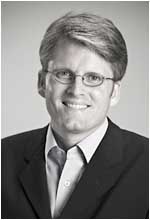 Olaf studied law at the Christian-Albrechts University in Kiel,Germany where he passed the first state examination (Erstes Staatsexamen) in 1997. He was then awarded a Certificate on French Law for Foreigners at the Jean Moulin University, Lyon, France. He served as Junior Barristor (“Referendar”) i.e. civil servant for the state of Schleswig-Holstein in Germany. In 2000, he passed the second state examination (Zweites Staatsexamen). In 2001 Olaf joined the Hamburg bar association (Rechtsanwaltskammer Hamburg). He is a Fellow of the Chartered Institute of Arbitrators (FCIArb). He has been working as a legal advisor and consultant in Thailand since March 2001. Until 2002, he worked as an Associate for Lorenz & Partners in Bangkok. Olaf joined McEvily & Collins Law Offices at the end of 2002. There, he worked in their Bangkok and Phuket branches as an associate partner until 2010.In addition, Olaf lectured at the summer law program of the Golden Gate University, San Francisco in Bangkok in 2004 and 2007. In May 2010, Olaf co-founded the tax and legal advisory and services firm, Duensing Kippen.